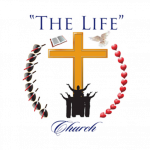 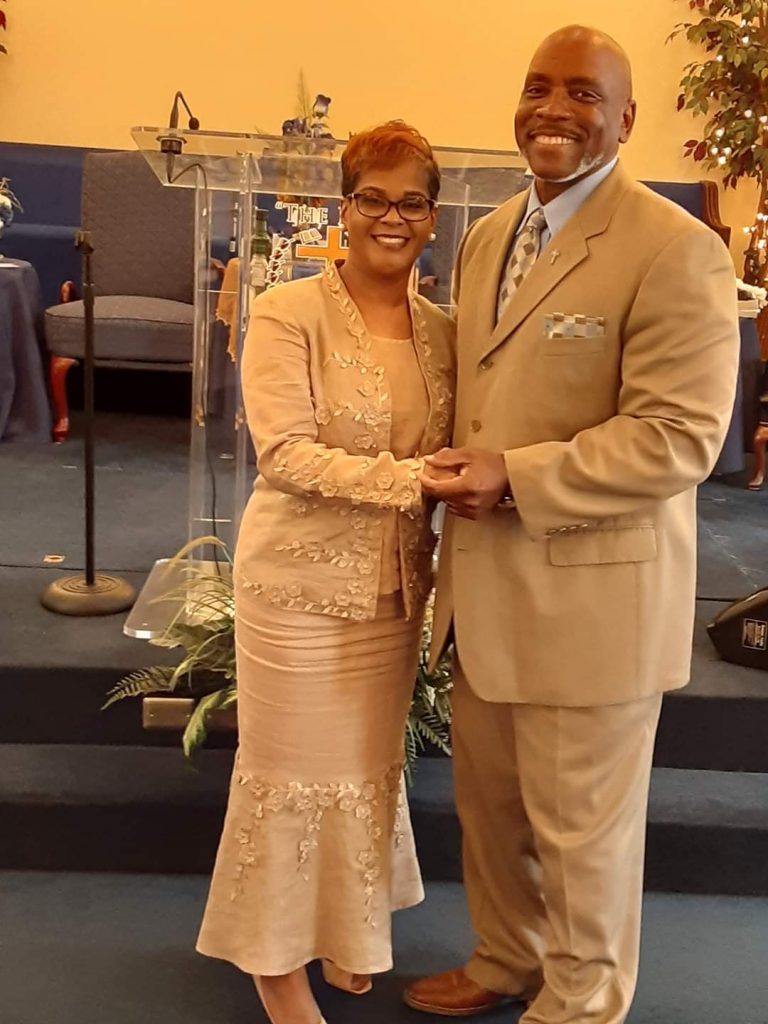 Pastor Aiken is married to Co-Pastor Selma Waddy Aiken, and have been happily married for twenty-six years.  They have four children.  Gerald, Anita, Marcus, and Ja’Mal.  Which he honors God for allowing the many blessings of life to flow on behalf of his family.

Pastor Aikens greatest resume of growing into manhood represents receiving his calling into the Ministry of God.  Which he contributes to a mother who was searching after Gods own heart.  He also contributes to his manhood the stern relationship of specific family members, and loved ones who also played an important role in support of molding him into the man he is today.

Some of Pastor Aikens noted attributes would come through employment with the “The Coca Cola Bottling Company” who would be instrumental in teaching him the do’s, and don’ts of business along with what it means to serve others on behalf of the company.  Others represent studying at Midlands Technical College, Liberty University, and The Heritage Bible College.

The most gratifying attention getter for Pastor Aiken would happen when he decided to join The United States Army on August 7th 1975 one year after graduating from W.J. Keenan High School Columbia SC.

After serving thirteen years on active duty he later transitioned to (The US Army reserves with the 4/413th Senior Reserve Officer Training Course in Fort Knox Kentucky.  Upon completing the mission of the military, he would carry the rank of Master Sergeant serving as the “Non commission Officer “in charge under the Professor of Military Science at The University of South Carolina Army ROTC Program).

Within his military career Pastor Aiken served with several distinguished units such as the(1/5 infantry Division, in Fort Polk Louisiana,  2nd Infantry Division Korea, and the history making World renown, 1st Infantry Division “Big Red One”, The Brigade Combat Team, and The Quick Reaction Force, Fort Riley Kansas in support of Operation Iraqi Freedom from 2006-2008).  After completing server tours and mobilizations Pastor Aiken retired from his military duties on April 11, 2011.  He Served a total of 36 years, 9 months, and 10 days.

After his military career he began working in the civilian sector with Lexington School District One, and Richland / Lexington Five School District for 8 years. He later moved on to avenues of interest.  Pastor Aiken now lives comfortably with his wife Selma in Columbia, SC.  At present Pastor Aiken respectfully serves as the Associate Pastor at The Life Church Columbia SC.

Lastly, throughout his studies towards the manifesting word of God he’s inspired by the many men, and women of the Kingdom of God; that continues to have had a profound effect on his life of pressing towards the high calling in Christ Jesus. (Philippians 3:14)

Selma Ruth Waddy Aiken is the daughter of the late Donald Waddy, and Lucretia Waddy of Camden, SC The wife of 26 years to Pastor/ retired M.Sgt. Joseph Arthur Aiken Jr.   She’s the mother to Marcus and Jo’ Mal Aiken, step mother to Gerald and Anita Aiken and Grandmother to four.

Lady Selma Waddy-Aiken is a graduate of Camden High School.  In 1995 received her Career Diploma in Early Childhood Development from the Career Institute of Norcross, Georgia and obtained a 4.0 GPA.  In 2006 received Certificate of Ordination in the Gospel of Ministry from New Life Fellowship and Institute under the leadership of the late Elder Vivian Hammond and Dr, Jacqueline Aiken. In 2010 attended Heritage Bible College and received a certificate of completion in the first principles of Christian faith. In 2011 became licensed, and registered as a member of the communion of Evangelical Christian Minister, and Churches under the leadership of Bishop Gil Belic, and Minister Stephen Belic.  In 2014 received a degree in Christian Ministry from the Liberty University of Lynchburg, Virginia and obtained a 3.8 GPA

In 2009 along side her husband opened the doors of Restore by Faith Christian Assembly in Columbia SC.  They continued to stand on the Word of God in every area of their life with a goal to be of help to others, and continue to do a service that is well pleasing to God.  In 2019 Lady Aiken along side her husband and children joined The Life Church under the leadership of Bishop Dr. Alex and First Lady Prophetess Diane Juitt.  Together Pastors Joseph and Selma Aiken serve as Associate Pastors.

Lady Aiken worked for 9 1/2 years with the Richland/Lexington School District 5.  Five of those years as a student Nutrition Manager.  Currently she is the proud, Owner and Director of Ms. Selma’s In-Home Childcare in Columbia SC.

One of Lady Aiken’s favorite words of encouragement, and scripture is:

For in the beginning God has charged us as believers to take eyes off self and out them on others, for through our faith of what we not just see, but also see we believe. “So then faith cometh by hearing and hearing by the word of God” Romans 10:17